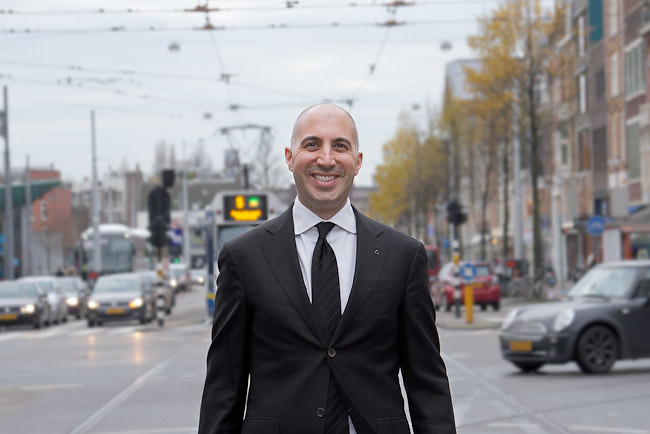 Born and raised in Amsterdam, the Netherlands, Alon Ben Joseph (1979) has always been crazy about watches and diamonds. During elementary school and high school Alon always wanted to be like his role model: his father. A business man that is also a master goldsmith, diamond cutter & grader and jeweler. In 1996 Alon got infected with the internet bug and during his studies at the University of Amsterdam he co-founded an internet company with two buddies, named: Tamos Internet Services. He also worked part-time in the family business Ace Jewelers. In 1998 he set-up the first HTML website for Ace Jewelers. Studying business eCommerce at Hofstra University in New York in 2002 he was convinced that the future of luxury retail would be omni-channel.

Finishing his Masters Degree at the University of Amsterdam in 2003, Alon already worked full time at Ace Jewelers integrating the boutique Dik Juwelier B.V. in to the group of companies of the  family business. Being online with the business since 1998 Alon made the bold move to transform the simple website in 2007 to a extensive catalog ecommerce website, the first in the Netherlands. Today the Ace Jewelers Group consists of two physical high-end multi-brand boutiques in the heart of Amsterdam and an international eBoutique retailing under the URL: AceJewelers.com. Together with his brother, Amir, Alon has the honour to own and run the family business since 2012.

Since 2006 Alon gives several lectures during congresses, educates students at schools, colleges and universities, coaches entrepreneurs and is consulted by other business to assists on their strategies. All these activities are accumulated in the company: Oak Consultancy.

In 2014 Alon co-founded together with his friend Alwin the tech start-up WatchBase.com - a database for watches. Something that has never been done before.

And, in 2017 together with his friend Jonathan Mokum Tech B.V. was co-founded by Alon in Amsterdam. Another tech start-up with a focus on solving societal issues with the help of technology. The most recent product is Shine Social Club - a free app for older adults to make new friends based on similar interests around their location. The goal of the app is to reduce loneliness in society.