Usually I send out a ping/tweet about books that I read, liked and think my friends should read to. I just finished a book that I like so much, that I am posting a short review about it. I liked it so much, as it really opened up a new world to me and created a 'wow-effect', maybe even an enlightenment moment. 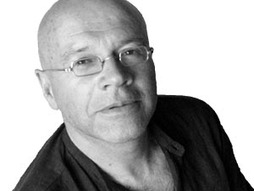 For the over a decade everyone is speculation that China is going to rule the world, but as China is slowly growing and becoming its own self fulfilling prophecy, nobody really quantified why and/or if China is going to rule the world. When I heard about Mr. Martin Jacques, and his newest book: "When China Rules The World: The Rise of the Middle Kingdom and the End of the Western World", I knew I needed to read it immediately. (By the way, I first heard of him via TED.com, where I learn many mind gobbling things 🙂 ).

Although it is a thick (441 pages) and rather academic, it does read rather smooth. This book is not just a in-depth analysis of the current situation of China and where it is moving, but gives an deep, full historical understanding of the 3000 years old Chinese culture. It gives an inside view, seen from the Asian perspective AND Western perspective. Very well done.

As I declared this book as a 'must-read', I don't want to spoil too much... The books concludes in "The Eight Differences that Define China":

1. China is not really a nation-state in the traditional sense of the term but a civilization-state.

2. China is increasingly likely to conceive of its relationship with East Asia in terms of a tributary-state, rather than nation-state, system.

3. There is the distictively Chinese attitude towards race and ethnicity. The Han Chinese conceive of themselves as a single race, even though this is clearly not the case.

4. China operates, and will continue to operate, on a quite different continental-size canvas as continental in scale.

5. The nature of the Chinese polity if highly specific. Unlike the Western experience, in particular that of Europe, the imperial dynasty was neither obliged, nor required, nor indeed desired to share power with other competing institutions or interest groups, such as the Church or the merchant class. The Confusian ethos that informed and shaped it for some two millennia did not require the state to be accountable to the people, but instead insisted on its loyalty to the moral precepts of Confucianism.

6. Chinese modernity, like other East Asian modernities, is distinguished by the speed of the country's transformation. The Asian tigers are time-compression societies. They embrace the new in the same way that a child approaches a computer or a Nintendo game console.

7. Since 1949 China has been ruled by a Communist regime. Paradoxically, perhaps the two most significant dates of the last half-century embody what are seemingly entirely contradictory events: 1989, marking the collapse of European Communism and the demise of the Soviet bloc; and 1978, signalling not only the beginning of the most remarkable economic transformation in history but also one presided over by a Communist Party.

8. China will, for several decades to come, combine the characteristics of both a developed and a developing country. This will be a unique condition for one of the major global powers and tems from the fact that China's modernization will be a protracted process because of the country's size: in conventional terms, China's transformation is that of a continent, with continental-style disparities, rather than that of a country.

As quoted in the final chapter of the book. It also contains a great Guide to Further Reading on pages 438-441.

If you have read the book already, please share your thoughts. If you are interested in China, world politics and/or economics, please do read this book.

I really enjoyed it and learned a great deal from it.