Today I finished reading "#AskGaryVee" by Gary Vaynerchuck a.k.a. Gary Vee, his forth book.

Way before #AskGaryVee came out, I have been a great Gary Vee fan since he started his video's for his family's wine business, back in 2006. Ten years later the family business in New Jersey (USA) is named WineLibrary.com with a very successful TV channel named: WineLibrary.tv. I strongly recommend you watch the first episode, the 500th episode en the 999th epsiode to find out what evolution Gary Vee made as a person and what revolution he created in the social commerce world!

In 2009 Gary Vee published his first book "Crush It!: Why NOW Is the Time to Cash In on Your Passion", followed two years later by "The Thank You Economy" and in 2013 his third best-seller "Jab, Jab, Jab, Right Hook: How to Tell Your Story in a Noisy Social World" came out. As huge fan of Gary I obviously bought each book when it came out and inspired my own teams at work to read them too. All of us not only learned a lot from these books in the rapidly changing eCommerce world, but also got inspired to capitalize on our extreme passion at Ace Jewelers. 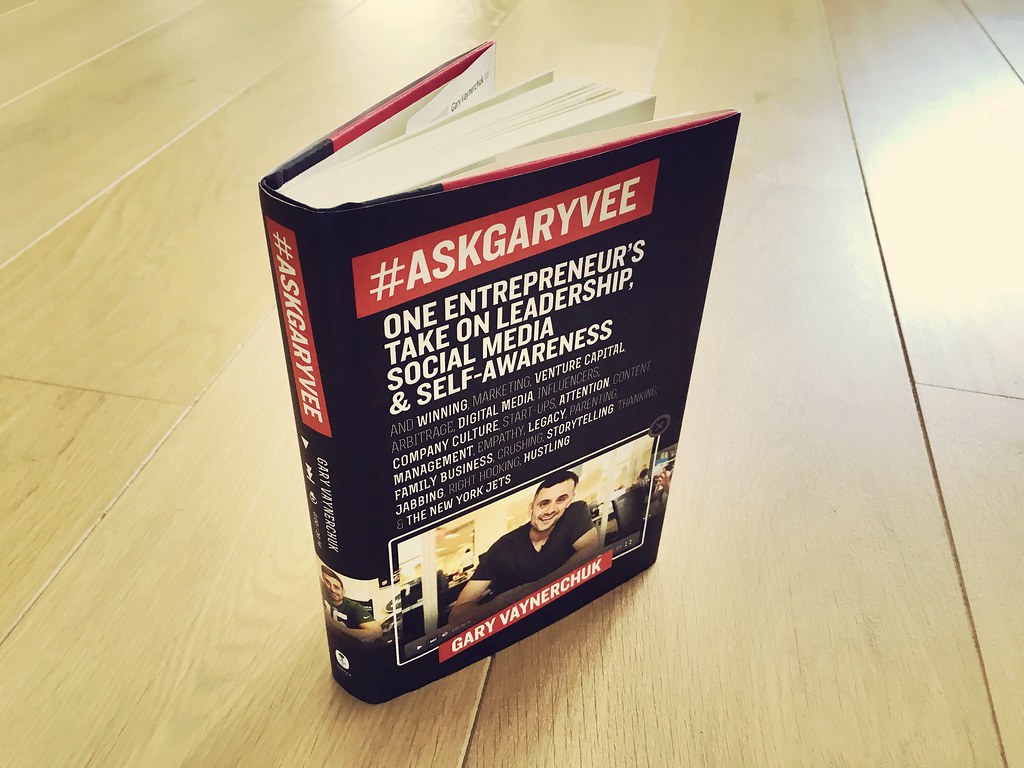 After Gary stopped at the 1000th episode of WineLibrary.TV in 2011, he hasn't done a real video show anymore... Until he started The #AskGaryVee Show in the Summe of 2014. An awesome, pure and raw video show where Gary answers any question of the audience and inspires them uncut. Including Team Ace and me. A brilliant Q&A Show on YouTube with cutting-edge knowledge and information, free of charge! A must-see show. Four days ago he posted episode 197 on his YouTube channel. As this show became such a success and many viewers asked why he doesn't summarize the best Q&A's, he decided to do so by writing his fourth book... Guess what he named it... Right, #AskGaryVee 😉

I highly recommend you start watching some video's  of the #AskGaryVee show, but when (like me) you are too busy 'hustling' (business-wise) and 'crushing it' (Gary Vee Style) and don't have time to watch every episode, you have to get this book! He summarizes the best questions from the show in a 344 paged book that reads so easily, you can read it in a transatlantic flight or long train ride!

Still skeptical and do not want to take my word for it, no problem 😉 Let the content convince you, here are five takeaways from the book itself with my personal feedback on each of them:

Hope this give you a little taste of what Gary Vee is about and what valuable insights and info he shares.

Finally, if you are an (future) entrepreneur and want to see what 'hustling' and 'crushing it' means by Gary Vee, make sure to check his autobiographic documentary styled Video Show "DailyVee" on YouTube.

In case you are a GaryVee Fan too and/or have seen The #AskGaryVee Show/read the book, please share your takeaways in the comment field here below. #ThankYou