When you think Diesel, you think... Wrong, we are not talking about the fuel for your car 😉

Yes, I am talking about the denim brand with an edge! 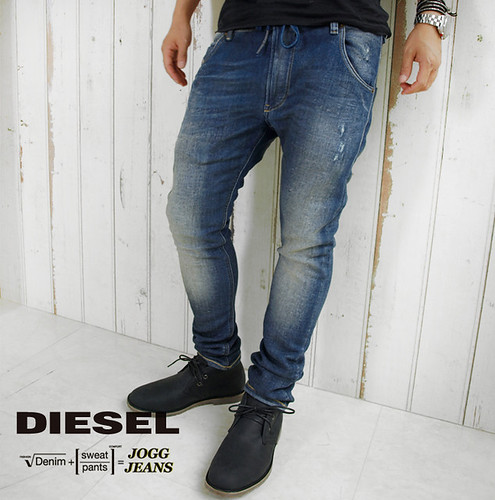 Maybe the most famous TV commercial for a jeans is the 1986 Levi's 501 commercial where a guy takes a bath with his red tab jean on.

But, who can forget the "For Successful Living" campaigns in the 1990s by Diesel!?

It seems that Diesel might have lost it's touch in the 2000s, but they are back with a vengeance in the 2010s! Diesel is totally cutting edge! Why?

Because they introduced "The Diesel Jogg Jeans" and launched like it the 'right' way:

1. They are (again) innovating - The Jogg Jeans is a cross-over between a denim jeans pants and a sweat pants. Fusing two trends into one.
2. They are creating synergy - Diesel teamed up with i-D Magazine and photographer Jacob Sutton and made the movie: A-Z of Dance.
3. They went social & viral - They hash-tagged the launch out of it. As they should 😉 Just check: #joggjeans 🙂
4. They are interactive - Just land on Diesel.com and you can find your own tweet on their homepage.
5. It's not an one time shot - They will be a follow-up movie with User Generated Content.
6. Last but not least - They speak the 'language' of their (new) target group. 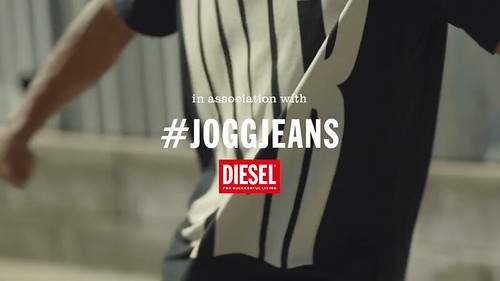 Conclusion: Two thumbs up for Diesel. I really got excited about the product, launch, video, execution and follow-up.

Diesel is back with a vengeance! Got your pair of Jogg Jeans via: diesel.com/joggjeans and upload your movie!

As you know I love retail, I love watches and I love fashion. One of my favorite shoe manufacturers is the Italian firm: Santoni. This year IWC and Santoni teamed up and the new IWC Portofino watch collection will be supplied with handmade Santoni watch straps. Great synergy and two brands adding value.

Since 2003 Ace Jewelers has an annual IWC Novelty Show in one of ours stores. We are always the first retailer in The Netherlands to present the new IWC show collections, as soon as it has been released by the headquarters in Schaffhausen. So, this year  I came up with the idea  to do really something new and innovative. A new retail concept: we transformed our store, Ace & Dik Jewelers, in to the first watch & shoe pop-up store in the world. For two days Ace & Dik became: The IWC & Santoni Pop-Up Store. See the video for the result:

On April 8th, 2009 I posted a cool music clip by Oren Lavie here on my blog. Today I received an email from Canada asking me to check a video clip... Well, if you agree with me that Oren Lavie's video clip is amazing you will love this on:

Jean-Paul De Roover is a solo artist from Thunder Bay, ON, Canada. This is a stop animation music video that his photographer girlfriend Shannon Lepere shot for his song "Fix".  It used over 2,022 still photographs and over 600 bandaids!

I haven't seen such a cool music video in a long time, I had to share it with you:

"Her Morning Elegance" by Oren Lavie

"Oren Lavie spent his youth in Israel.In 1997 his play Sticks and Wheels and his production of it were awarded the main prizes at the Acco Festival of Alternative Israeli Theatre. The production played in Tel Aviv during 1998. In that year he went to London to study theatre directing at the London Academy of Music and Dramatic Art (LAMDA). After his graduation two of his plays were produced in various London theatres. They already contained several songs written and composed by him.

In 2001 Oren Lavie moved to New York where he tried to make a living by means of various jobs and where he focused on writing songs. When they had piled up he went to Berlin (2003) and started to do recordings, working as his own producer. His first album, The Opposite Side of the Sea, was completed in 2006; it was released in Europe in January and February 2007. In 2009, his stop motion style music video, "Her Morning Elegance," achieved significant popularity on YouTube,receiving over 4 million hits.

Oren Lavie names his musical predecessors as Tom Waits, Jacques Brel, and Leonard Cohen. At the core of his melody-oriented compositions there is always the piano or the guitar with his singing, enriched by string arrangements (cello solo, quartet, chamber orchestra) and various, mainly non-electronical instruments added occasionally, giving each of the songs a unique style and color.

Het Parool is a leading daily Dutch newspaper and this year they started their own tv channel on www.Parool.tv! Last week they interviewed me, after the official Launch Party of AceJewelers.com.